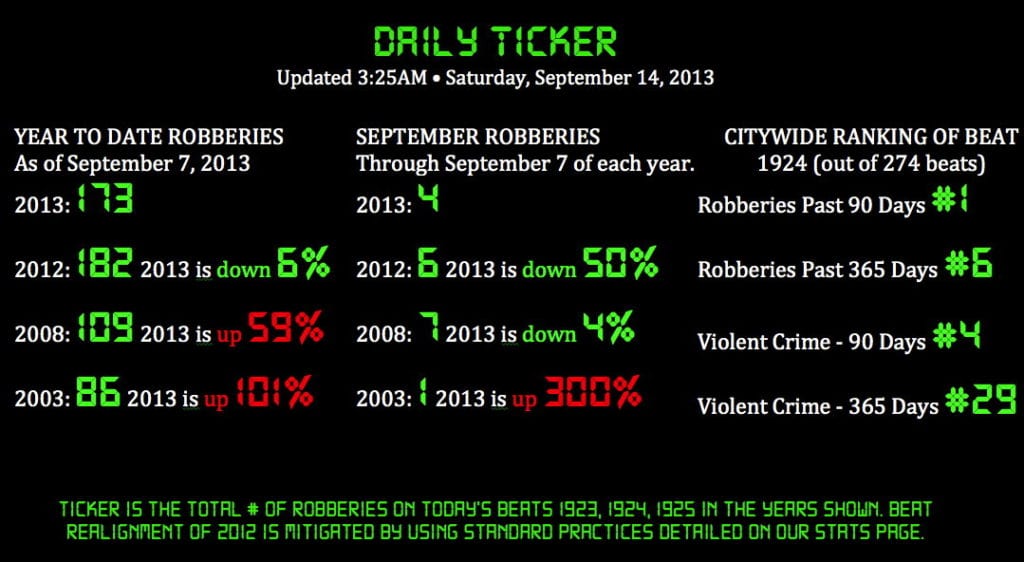 Details of one area robbery were released by the city this morning: