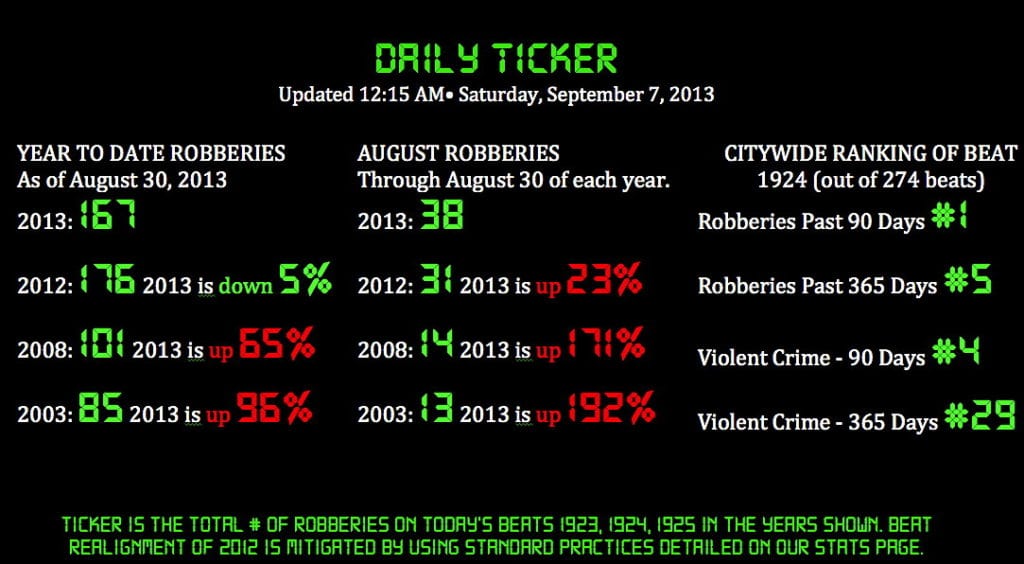 The city released details of one robbery today