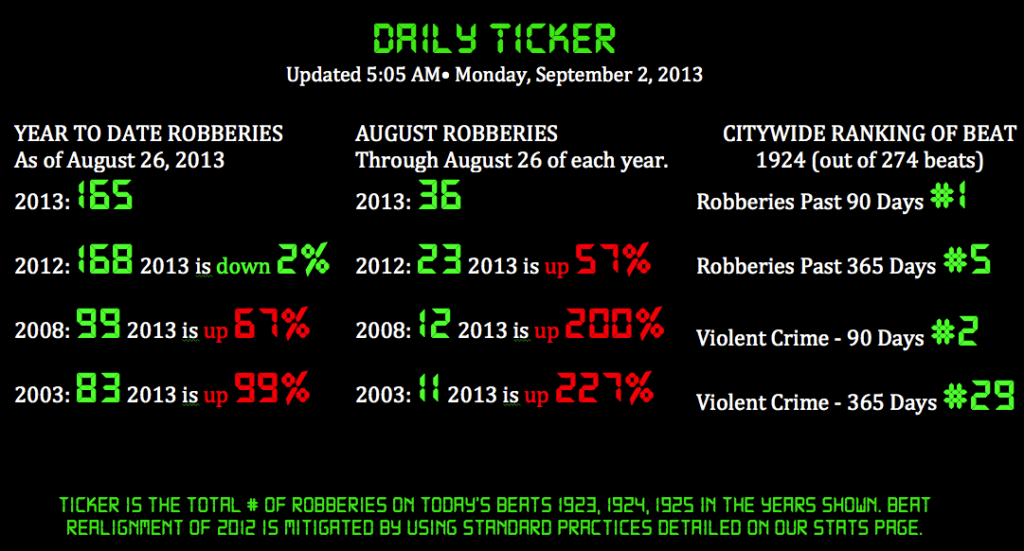 One new area robbery was confirmed by the city today: