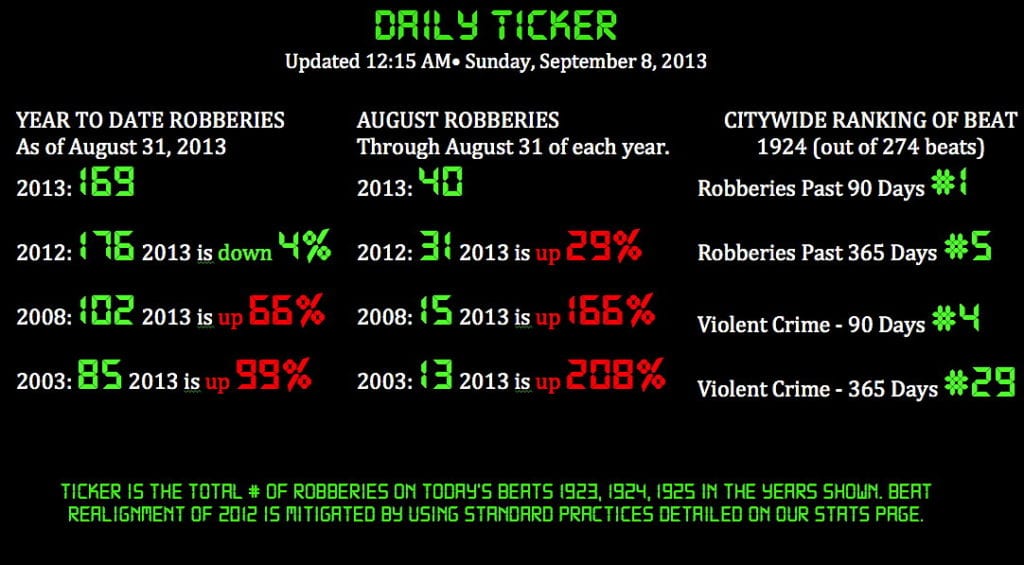 It’s official. Just-released information from the city confirms that August 2013 will go down as the single worst month for robberies in Wrigleyville and Boystown since publicly-available records begin (January 2001).

August beat out the previous worst month, June 2012, by at least two robberies.

And to think that August managed to achieve the worst-ever record in spite of the police commander and alderman’s non-existent “saturation” of officers, hit-or-miss “entertainment detail,” and giant empty bus strategies.

Information about two robberies from last Saturday has been released by the city today:


The CWB Daily Ticker is a dashboard of the most up-to-date robbery statistics possible for our neighborhood over the past year, 5 years, and 10 years.