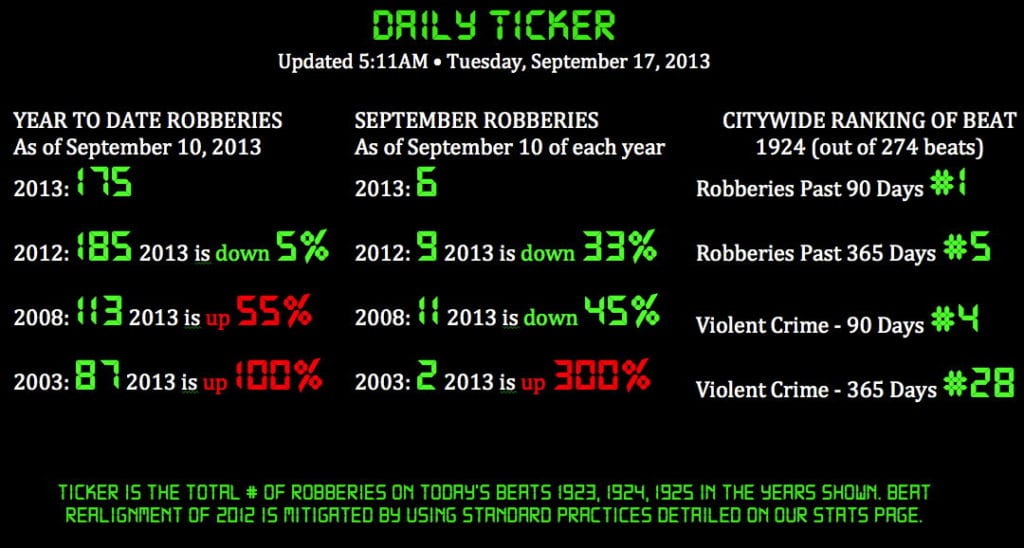 The city released the following recent robbery data this morning: