The 19th district ran out of cops again, entering “Radio Assignment Pending” status at 2:43 this morning. The RAP was lifted at 6:18AM.

Six of the district’s 15 police beats did not have cars assigned to them, according to an online report.  Who makes the schedule around here? You’re having people robbed and beaten every Friday and Saturday night for months, if not years, yet they decide a Friday night is the right time to have nearly 50% of the district’s beat cars unmanned?

It actually seems like the 19th district leadership intentionally understaffs busy nights in order to reduce the number of officers available to record the crap that is going on.

And then, there’s this:

While common citizens were being robbed and enduring long waits for the police, one 19th district resident enjoyed premium police service. 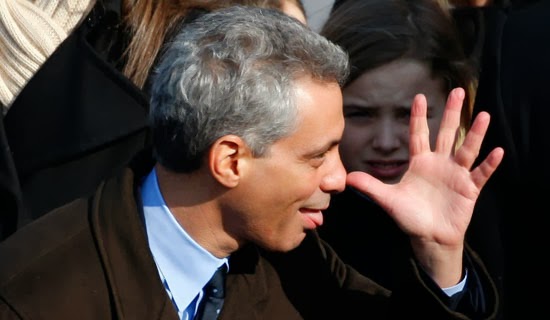 At 4:06AM, a 19th district car that is assigned to park in the alley behind Mayor Rahm Emanuel’s home reported “suspicious activity.”

A white male walked through a gate a couple of doors away. The officer reported that the man was “knocking on a door, coughing and stuff.”

Friends, neighbors, you can relax. The mayor is safe. The “suspicious man” was setting up for a Saturday morning yard sale. Don’t you beating victims feel stupid for trying to suck police protection away from important matters like suspicious yard sale set-up?