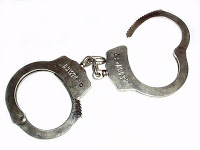 CWB does not usually report domestic issues, but an outstanding performance by our 19th district officers makes this one worth mentioning.

Officers were called to a condominium in the 3800 block of Pine Grove at 2:30 Monday afternoon in response to a call of a domestic battery in which a man was reported to be threatening his wife with a handgun. Records indicate that officers were called to the same location last Thursday for a similar situation.

Police searched the area for the suspect, a male, white, 5’9″ tall, 160 pounds, with facial hair and tattoos on both arms, wearing a blue t-shirt, and dark blue pants, but their efforts were initially unsuccessful.

Hours later, just before 8pm, officers stopped a man matching the suspect’s description and recovered a handgun. The suspect was positively identified as the man involved in the domestic matter.

He was taken into custody for unlawful use of a weapon and domestic battery.