A resident in the 800 block of West Buckingham called 911 at 3:40 Tuesday morning to report a disturbance near her home: Someone was being beaten up in the alley and the caller could hear the victim saying that they did not have any money.

About a minute later, a caller reported a suspicious person wearing a black hoodie walking westbound in Buckingham, then northbound on Clark Street.

Officers toured the area but were unable to find any of the involved parties. 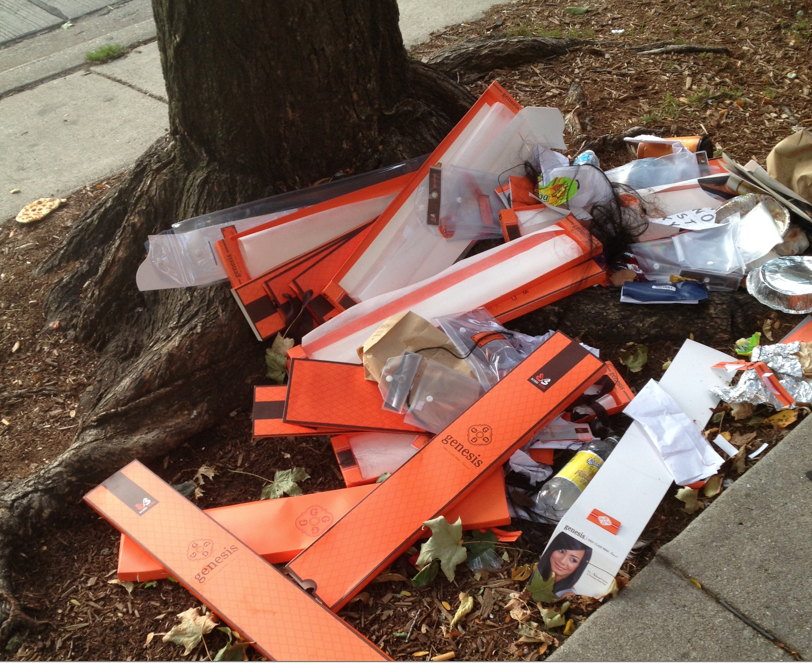 OVEREXTENDED
A CWB reader happened upon an interesting sight this morning. There, beneath a towering tree sat a pile of empty hair extension boxes with a couple of clumps of hair tossed in for good measure. Looking good!
10:52PM Monday, September 16
A number of callers reported a man behaving oddly on Belmont between Clark and Halsted. The 6’2″-tall, 220-pound man was reportedly walking along wearing a t-shirt, shoes, and, sometimes, plaid boxers. “He takes them off and puts them on, takes them off and puts them on,” according to the dispatcher.

Officers were unable to find the man.

6:02PM Tuesday, September 17
Police responded to the Center on Halsted where a person was being held by security for trespassing. Case #HW455972