Positive news from our inbox tonight:

I just came from the Triangle Neighbors meeting.

Refreshingly, he did not lead with stats but stood and spoke about several concrete actions that he was taking to deal with the neighborhood.  He was not being attacked, and I think that gave him a better opportunity to speak more calmly.

Unfortunately I did not have pen/paper and could not write anything down, but having heard previous lame talks, I will say this is the first time he actually laid out specific actions he was taking.  I was impressed for a change.  It seemed like the heat was on.

I do remember him saying he’s requested a mounted unit, he’s adding to the foot patrol and placing undercover/plain clothes officers on the street.

Hopefully you’ll have someone who can provide specifics, but I at least had to report what seemed like progress.

That is a very positive indication. We’ve said it over and over, get past the denials and excuses, get on to the solutions.  Let’s keep moving in that direction….together. 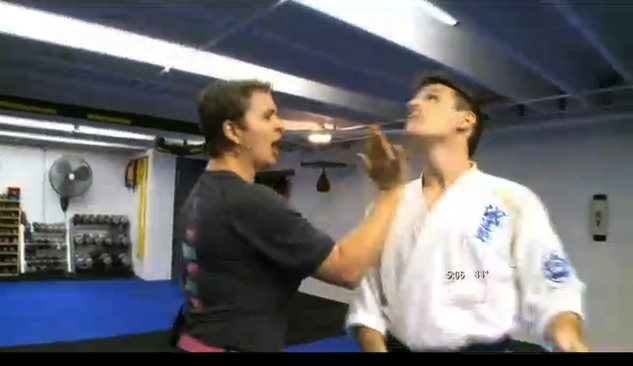 CBS2 runs a story tonight about a Lake View martial arts school that is offering a couple of free introductory classes.

Text and video is online. 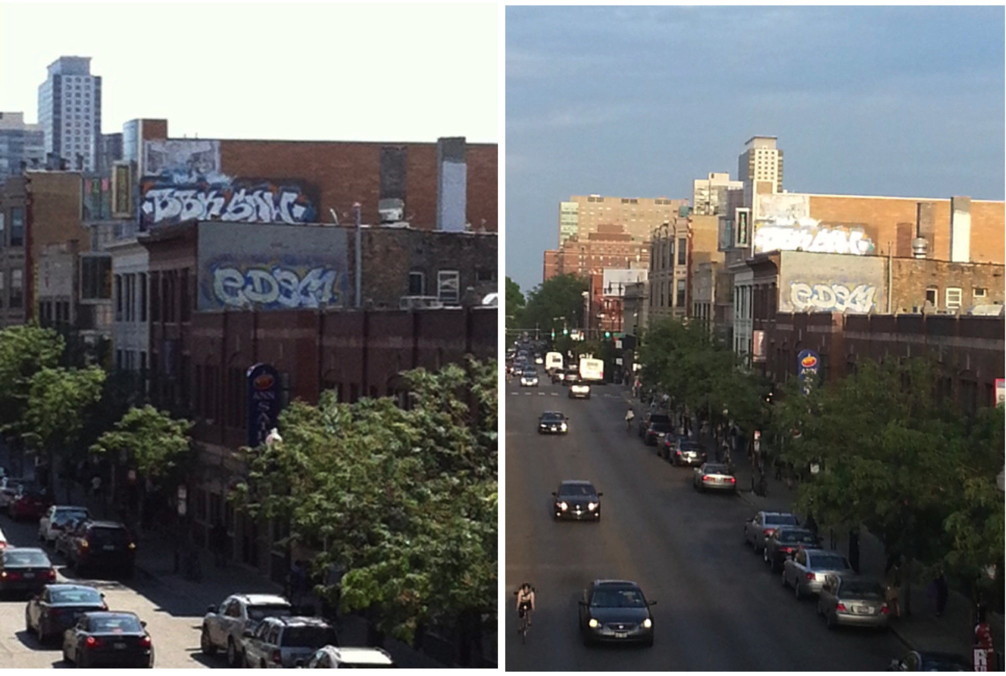 Three weeks after we submitted a report to the city about the large swaths of graffiti atop buildings on Belmont Avenue, the “artwork” remains untouched.

Can you tell which of the pictures to the right was taken on August 17 and which one was taken tonight?

One of these days…

And finally, a little peek at life as a police officer in the 19th district:

DISPATCHER: Person down at Sheridan and Broadway. female, black in a purple tutu laid out on the ground. Fire is rolling.

DISPATCHER: Person down at Clark and Fletcher. A male who has consumed a bottle of mouthwash is bleeding from the head behind the mattress store.

OFFICER: Notify [the 19th district lock-up] that we’re coming in with one very uncooperative citizen. 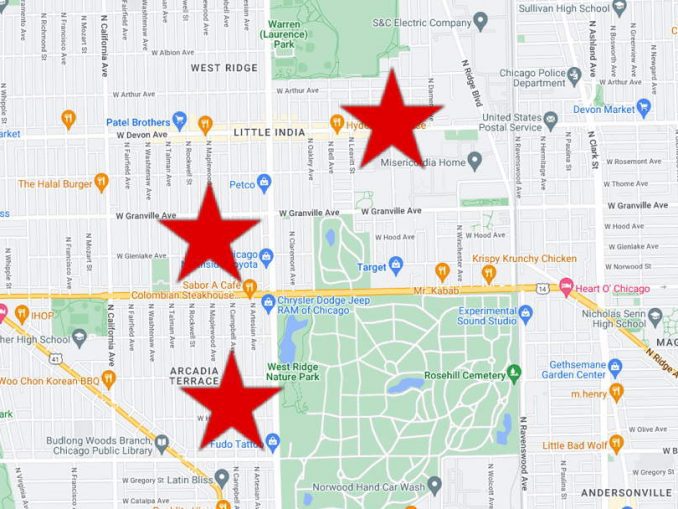