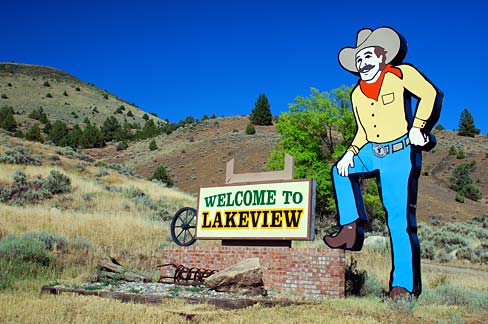 Officers made contact with a gentleman identified as JC in the area of Belmont and Sheffield at 5:45 this morning. Mr. C has a clear current record, so he was allowed to go on his way.

According to Chicago Police records, Mr. C has a history of gang crime activity with the Black Disciples street gang.

According to county records, Mr. C was paroled on June 20, 2013, after serving a 5 year sentence for aggravated battery causing great bodily harm. Other career highlights:

Welcome to to the neighborhood, Mr. Crowder! You’ll fit right in.

Image: City of Lakeview, Oregon
About CWBChicago 4360 Articles
CWBChicago was created in 2013 by five residents of Wrigleyville and Boystown who had grown disheartened with inaccurate information that was being provided at local Community Policing (CAPS) meetings. Our coverage area has expanded since then to cover Lincoln Park, River North, The Loop, Uptown, and other North Side Areas. But our mission remains unchanged: To provide original public safety reporting with better context and greater detail than mainstream media outlets.
Website Facebook Twitter YouTube