The Chicago Transit Authority has released photos of a woman suspected in the attempted robbery and apparent pepper spraying of a victim outside of the Ann Sather restaurant on Belmont last Wednesday morning.

We’re happy to see some photos being issued so the community can help the police.

Now, how about circulating pix of the perpetrators who carried out some of the other 170 robberies this year that didn’t take place outside the alderman’s flagship restaurant? We know photos of other offenders exist. Get ’em out there.

UPDATE: CWB readers have noted the poor quality of this bulletin. We cannot find a direct source from CTA. Every online resource has the same blurry images: Alderman Tom Tunney’s page, DNAinfo, and Lakeview Patch, as examples. 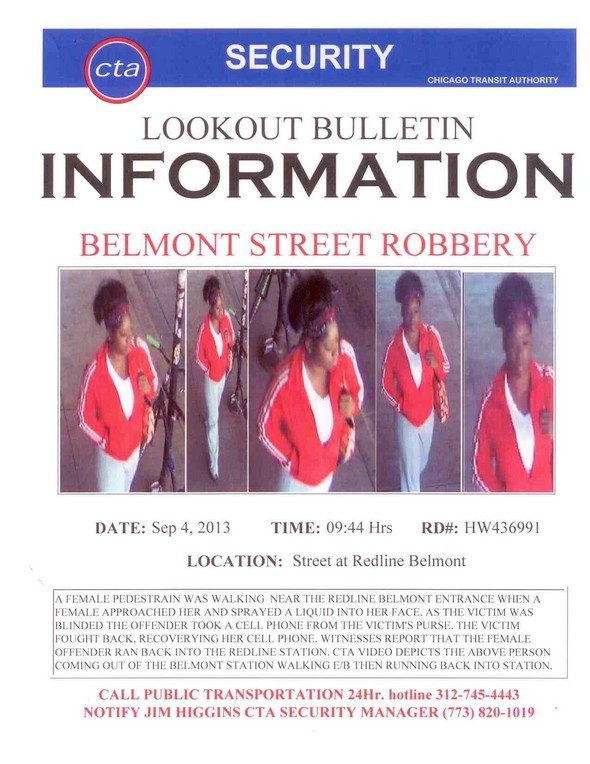