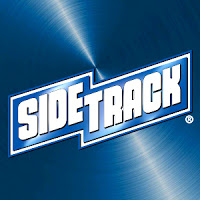 A man was robbed at gunpoint on Halsted Street as bar hoppers enjoyed Friday night’s final hour of bar service.

Officers responded to 3349 N. Halsted, the location of Boystown’s legendary video bar, Sidetrack at 1:25 this morning.

There, a victim reported that two males, black, one armed with a black handgun, took his cell phone and wallet. Both offenders wore black jeans and gray jackets. They were last seen headed southbound on Halsted Street.