We often hear concerned citizens ask for more police cameras to be installed in the area. CWB is not a fan of police cameras. They are not monitored in real-time, their footage is rarely consulted after crimes occur, and their presence doesn’t keep criminals at bay.

Here’s an example in an image we took from Bing maps: 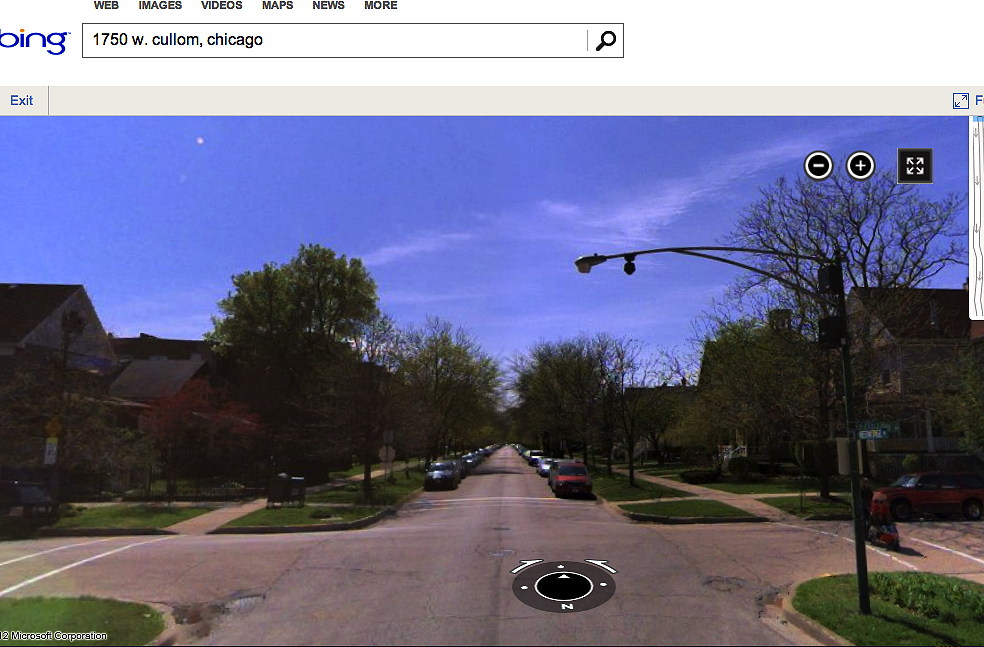 This is the corner of Hermitage and Cullom, a half-block north of Mayor Rahm Emanuel’s home. Notice the pod camera hanging off of the street light? Now look across the street where those mailboxes are on the left.

THIS robbery with a handgun that we  told you about 10 days ago took place by those mailboxes, in full view of the police camera. 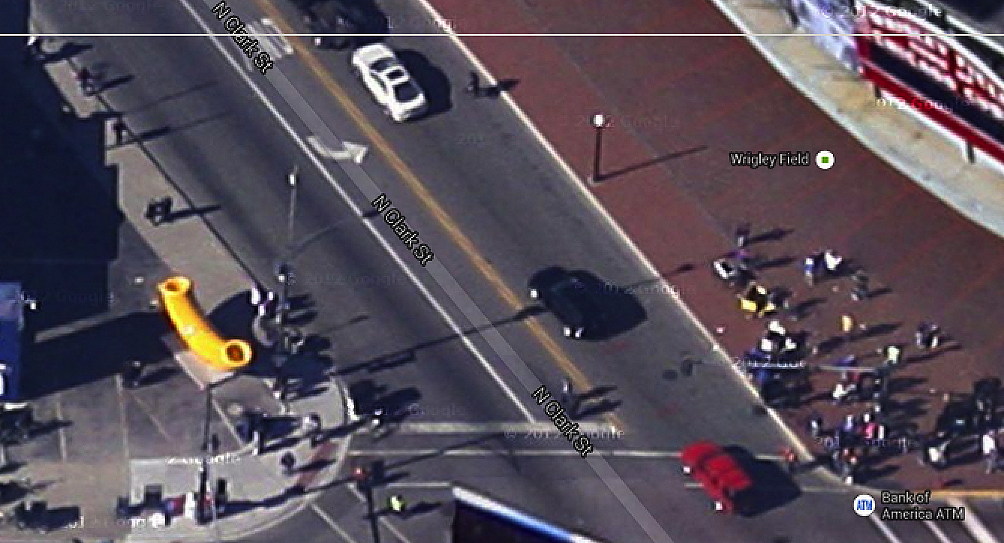 Hell, even the giant macaroni noodle at Wrigley Field,
which was smack dab underneath a blue light box, was victimized on-camera.