Tuesday gave us another calm night in the neighborhood. It just feels so, uh, 2003 around here!

What’s Up On Cornelia?
One item of note: A report of 5 men fighting on the corner of Cornelia and Fremont around 8 o’clock last night. That’s notable because almost exactly 24 hours before, police responded to a fight on Cornelia and Reta, one block away. This is the same block of Cornelia where a man was jumped, beaten, and robbed last week. 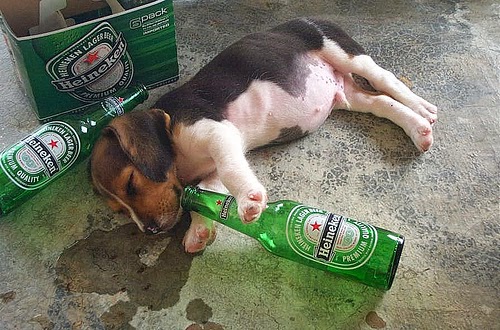 Missing Puppy
The district was so slow last night, a dispatcher even had time to tell officers about a missing puppy. An 11-month old half-pit bull/half-golden retriever ran away from home near Clark and Belmont. “He’s very friendly and has all of his shots,” according to the owner’s report.

Drunks Ahoy!
Several people seem to have their calendars mixed up. We’ve heard of “Sunday Funday,” but this was Tuesday Boozeday:

9:19PM: A report of 5 men beating up one in the 700 block of Barry. Officers arrive and say that no one was beaten up. Rather, a drunk had fallen down and was bleeding. An ambulance took the man to Illinois Masonic and officers filed an “injury to citizen on the public way” report under case HW465906.

11:30PM: Drunk down in the bank parking lot at Halsted and Belmont. Officers arrived and apparently healed the man who suddenly regained the ability to walk on his own.

12:44AM: A drunk is punched in the face near Clark and Addison. Officers arrive. The man refuses police services and takes a cab home.

2:02AM: Woman passed out behind the wheel of a gray Honda Accord at Belmont and Broadway.

2:25AM: Security at the Belmont and Broadway Walgreens calls for help after a drunk gets violent and starts throwing things around the store.