Save for the late-night gun shots, this could be written about our neighborhood.

The area is generally considered safe, but some residents say at night, the neighborhood changes.

“Back in 2011, I saw this neighborhood take a turn for the worse. Late-night gun shots; you see a lot of drug trafficking,” said area resident Richard Benedict. 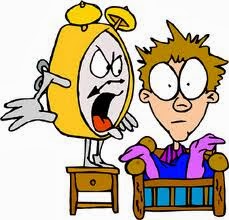 “It gets kind of crazy on the weekends,” he said. “I don’t know if people know that. I don’t know who’s responsible for it, it’s really unnerving.”

The fact that the shooting death of the 19-year-old took place on a street filled with late-night bar patrons is not reassuring.

Nor is the old timer who feels that the erosion in public safety isn’t so bad because it used to be worse a few decades ago:

Paul Dickman, a 54-year-old resident of Wicker Park for 30 years told DNAinfo,”This is the city. I’ve lived here since when this sort of stuff happened every week.”

Unfortunately, a similar event seems increasingly likely in our near- to mid-term future.

Image: Gospel Driven Disciples
About CWBChicago 4360 Articles
CWBChicago was created in 2013 by five residents of Wrigleyville and Boystown who had grown disheartened with inaccurate information that was being provided at local Community Policing (CAPS) meetings. Our coverage area has expanded since then to cover Lincoln Park, River North, The Loop, Uptown, and other North Side Areas. But our mission remains unchanged: To provide original public safety reporting with better context and greater detail than mainstream media outlets.
Website Facebook Twitter YouTube