For the second time in two months, a victim has been robbed at gunpoint near Mayor Rahm Emanuel’s home.

The man was held up at Hermitage and Sunnyside, just two blocks from hizzoner’s home on Hermitage Avenue, around 10PM tonight. When the victim screamed, the two offenders punched him in the face and knocked him to the ground. 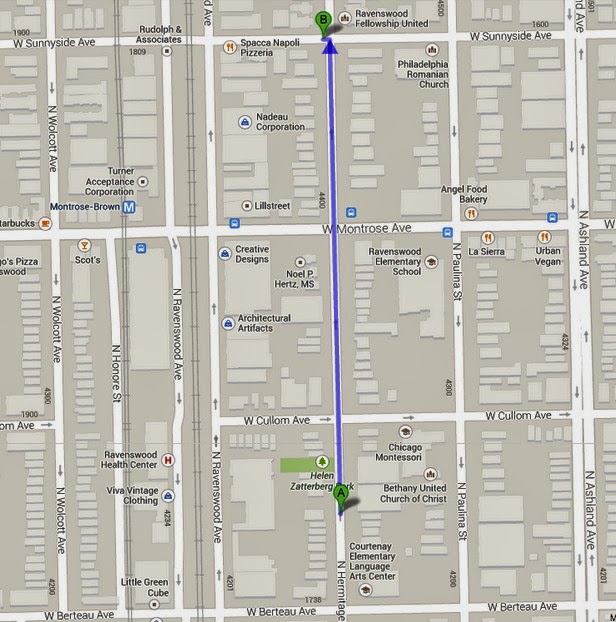 Local residents dialed 911 upon hearing the man’s screams and a member of the mayor’s security detail left his post at the mayor’s home to investigate. He did not see the victim or suspects upon arriving.

Officers were searching the area and had just found several personal items that the victim lost in the struggle when the victim placed his own 911 call from a nearby home.

The offenders are described as two males, both Hispanic, 5’9″ to 5’10” tall. One wore a stocking cap and a white bandana on his face.

They are believed to have escaped southbound on Hermitage in a dark colored sedan.

This incident is categorized as an armed robbery with a handgun in Chicago Police Department case #HW504938.

On August 22, a victim was robbed at gunpoint about 100 yards from the Mayor’s front door in plain sight of a nearby CPD pod camera. The offenders in the August robbery have been connected with a series of robberies in Lake View and Lincoln Park in which victims are robbed at gunpoint by two men who have been described variously as two black men, two Hispanic men, and one black man with one Hispanic man.