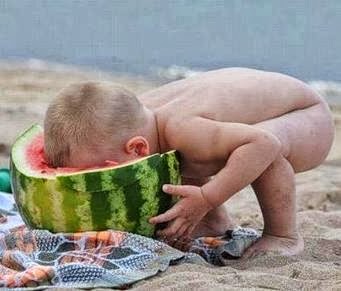 When a witness reportedly saw two victims get punched in the face at Roscoe and Halsted around 3 o’clock this morning, he called 911 to report what he saw.

Then, he went a step further. He followed the offender to Clark and Belmont and called 911 again to report where he and the offender were located.

No victims had called 911 in the interim. Police officers are slow to get involved if a victim is not present to sign a complaint.

When a dispatcher reported the witness and alleged offender’s whereabouts, a police officer fired off an unfortunate response: Is the caller a victim, the officer asked, or “is he just some fruit who’s following them?”

Thank you, neighbor, for getting involved. You did the right thing and we hope you will do the same thing should you ever encounter a similar situation.

As for the produce-popping po-po, he may be in the wrong district.

Image: We Blog NY
About CWBChicago 4360 Articles
CWBChicago was created in 2013 by five residents of Wrigleyville and Boystown who had grown disheartened with inaccurate information that was being provided at local Community Policing (CAPS) meetings. Our coverage area has expanded since then to cover Lincoln Park, River North, The Loop, Uptown, and other North Side Areas. But our mission remains unchanged: To provide original public safety reporting with better context and greater detail than mainstream media outlets.
Website Facebook Twitter YouTube