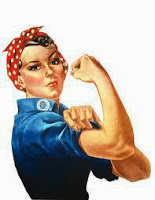 Two women were robbed near Halsted and Buckingham at 2:50 this morning by offenders who restrained the women, went through their purses, and took the victims’ phones and money.

The offenders are described as two women, black, in their 20’s, 5’6″ tall, slim, wearing blue jeans and dark hoodies. They were last seen heading southbound on Halsted from Buckingham.

And, yes, the victims said they are sure that the offenders are “real” women.

The incident is classified as a strong arm robbery with a case number HW507674.