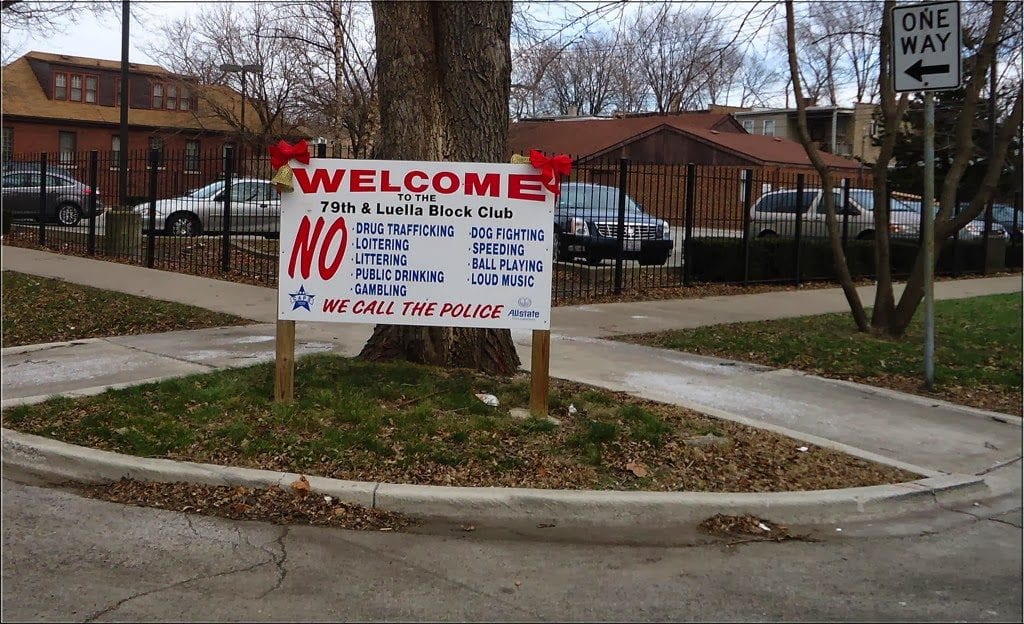 Snark aside, we are big fans of neighbors looking out for neighbors and we are looking forward to seeing this idea grow.

Although, we aren’t quite sure how effective they will be if there aren’t enough police officers to provide timely responses to the clubs’ calls for assistance.

And just look at the attractive signage a block club can produce. If the idea takes off, we may have found something to replace the much-missed giraffes on Elaine Place.

Image: hajee on Flickr
About CWBChicago 4360 Articles
CWBChicago was created in 2013 by five residents of Wrigleyville and Boystown who had grown disheartened with inaccurate information that was being provided at local Community Policing (CAPS) meetings. Our coverage area has expanded since then to cover Lincoln Park, River North, The Loop, Uptown, and other North Side Areas. But our mission remains unchanged: To provide original public safety reporting with better context and greater detail than mainstream media outlets.
Website Facebook Twitter YouTube