A CWB reader passed along this story about a man arrested for carjacking and at least one more robbery yesterday afternoon on the DNAInfo.com River North page.

The accompanying mugshot and the fact that the vehicle he carjacked at 1:20PM was found at Belmont and Broadway, where there just happened to be a robbery with a handgun at 1:50PM, has us wondering…. 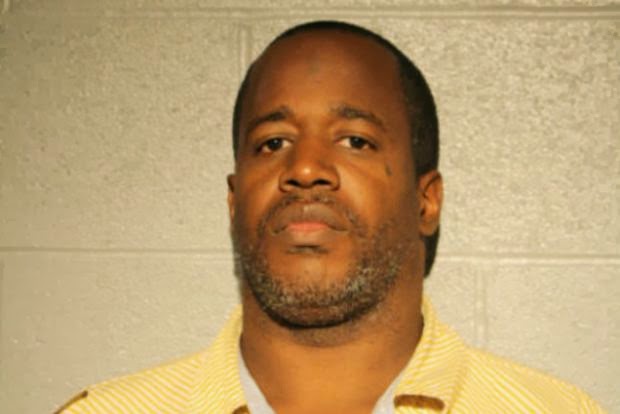 Yesterday’s gunman in the parking lot of Walgreens, 3201 N. Belmont, was described as male, black, in his 40’s, heavy-set, with some facial hair growth. He wore a ball cap, dark pants, and both a brown corduroy coat and a yellow hoodie.

Reports also indicated that the victim thought that the firearm may have been a BB gun. This man was in possession of a BB gun when he was arrested.

Anybody else wondering if Haynes is the guy who pulled off the robbery up here?

A parolee with a long rap sheet stuck up a man as he was pumping gas at a River North station in broad daylight Saturday before stealing the victim’s money, hijacking his car and threatening to kill him if he called police, prosecutors said.

Anthony E. Haynes, 43, of the 100 block of North Leclaire Avenue, was charged with vehicular hijacking, aggravated robbery, attempted aggravated robbery and resisting police. He was also wanted for violating his parole, according to arrest documents.

On Saturday about 1:20 p.m., Haynes approached a 26-year-old man as he was pumping gas at the BP station, 631 N. LaSalle St., and lifted his shirt to reveal a black handgun, Assistant State’s Attorney Heather Kent said.