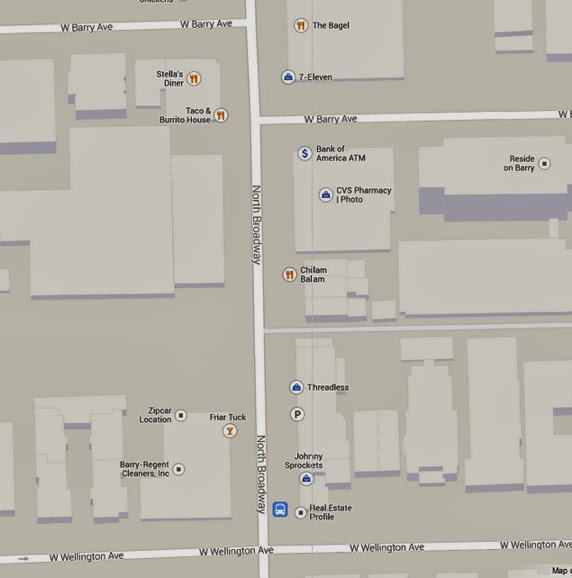 Three incidents were reported within 90 minutes in the 3000 block of N. Broadway between Wellington and Barry on Friday night.

8:54PM: A witness reported seeing a cab driver chasing three teens north on Broadway toward Barry. The driver reportedly “tackled” one of the teens in front of the CVS pharmacy, 3033 N. Broadway. Officers could find no sign of trouble when they arrived at 9PM.

9:48PM: The same CVS pharmacy reports that a group of teens is blocking the store’s entrance and is refusing to move. The teens are gone when police arrive 19 minutes later.

10:12PM: An area resident reported that a group of offenders, described only as male and black, took several personal items from his home in the 3000 block of N. Broadway. According to the victim, he was hosting a party that grew to include several people he did not know. He ordered everyone out of his home. As they left, he discovered that his X Box and MacBook computer were missing. While initial reports indicated that the victim was assaulted, the incident is recorded as a theft of over $500 in CPD case #HW507477.