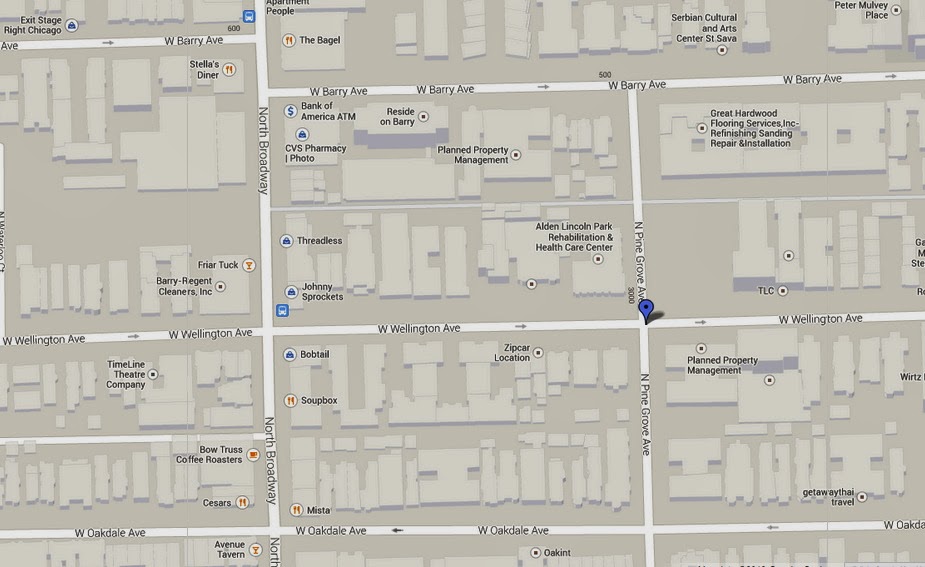 Punched in the face and stripped of her purse, a woman became the latest robbery victim today.

According to the woman, the strong arm robbery took place at Wellington and Pine Grove at 2:45 this morning. Her attacker fled eastbound.

He is described as male, black, 6′ to 6’2″ tall, athletic build, wearing a black sweatshirt with a skull print and jeans.

The stolen purse is gray with a big flower on one side.

A man reported that someone snatched his phone at the Subway restaurant near Belmont and Clark around 2:15 this morning. The offender was last seen running northbound on Dayton Street, the alley-like street that runs between Halsted and Clark from Belmont.

It is not clear if police officers made contact with the victim.

A Lake View woman returned home this morning to find her front door kicked in. The resident, who lives on Addison near Racine, later called for a police supervisor because she was not pleased with the police service she received.

The matter was categorized as criminal damage to property in case #HW508846.