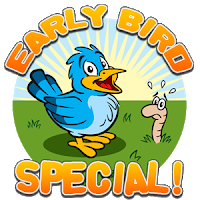 Three of the four persons wanted for last night’s battery of a man at the Center on Halsted were taken into custody today after they returned to the center mid-morning and made their way to the second floor.

Police were notified and the trio was arrested 15 minutes later.

Before this morning, the three, along with a fourth person, were last seen entering an alley behind The Crib youth shelter at Reta and Addison around 8:15 last night.

Also at Waveland and Halsted this morning: A passer-by called police after noticing that someone had broken out a window on the front door of the Brown Elephant resale shop.

Logged as a criminal damage to property in CPD case #HW501163.

Image: Velocity Goals
About CWBChicago 4363 Articles
CWBChicago was created in 2013 by five residents of Wrigleyville and Boystown who had grown disheartened with inaccurate information that was being provided at local Community Policing (CAPS) meetings. Our coverage area has expanded since then to cover Lincoln Park, River North, The Loop, Uptown, and other North Side Areas. But our mission remains unchanged: To provide original public safety reporting with better context and greater detail than mainstream media outlets.
Website Facebook Twitter YouTube