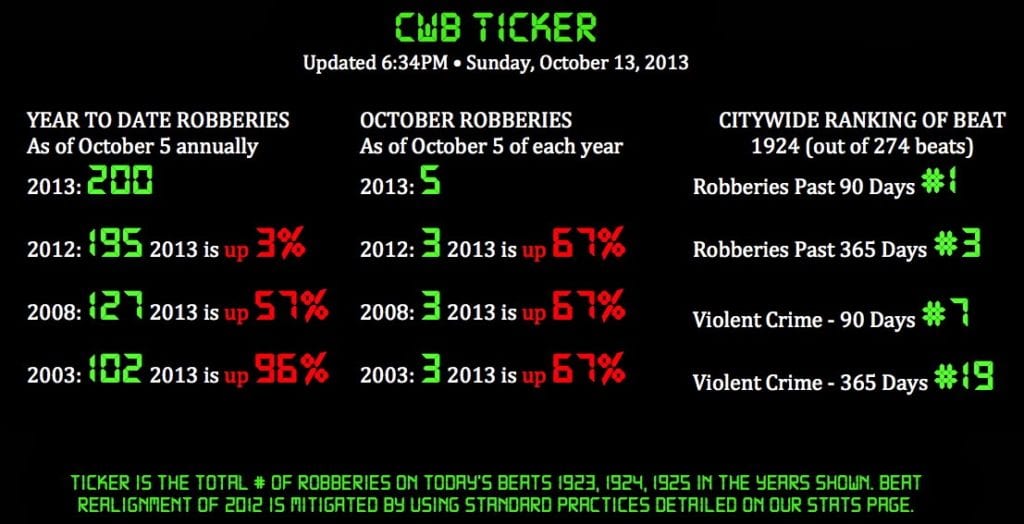 The city has released the details of three robberies since our last Ticker update.