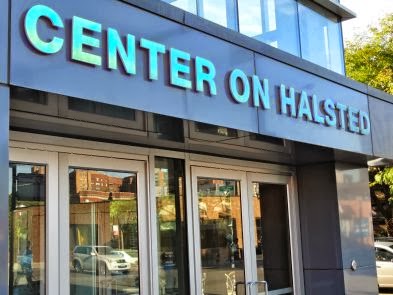 The victim of a 3-on-1 beating called 911 from the Center on Halsted to report that his attackers were standing outside of the building. The first call at 7:05PM was followed by a flood of 911 calls that reported a fight or fights in progress at Halsted and Waveland.

After the victim and two witnesses called for help, several additional calls came in to report three “kids” fighting in the street at Halsted and Waveland.

The offenders were gone by the time police arrived.

We are pleased to report that the victim in this case, unlike those in some other cases, insisted on filing a police report.  The simple battery is logged in Chicago Police Department case #HW500731.

UPDATE October 20, 11:30PM
At 8:05PM, an hour after the first 911 calls came in, there was another development. Someone inside the Center on Halsted called 911 to report that the attackers had returned and were inside the Center.

Unfortunately, no officers were available to handle the call and it went unassigned for over 15 minutes. Eventually, someone walked into the 19th district station desk to report that the offenders had just walked into the west alley of Reta Avenue from Addison, directly across from the police station’s driveway. That location, perhaps coincidentally, is the site of another local social service center, “The Crib” youth shelter.

The nearest available patrol cars at that point were more than two miles away. The offenders were not found.

According to witnesses, the offenders’ descriptions are:

Image: Lakeview Patch
About CWBChicago 4360 Articles
CWBChicago was created in 2013 by five residents of Wrigleyville and Boystown who had grown disheartened with inaccurate information that was being provided at local Community Policing (CAPS) meetings. Our coverage area has expanded since then to cover Lincoln Park, River North, The Loop, Uptown, and other North Side Areas. But our mission remains unchanged: To provide original public safety reporting with better context and greater detail than mainstream media outlets.
Website Facebook Twitter YouTube