While residents near the center of Wrigleyville and Boystown are dealing with problems that the 19th district police commander says are caused in part by social service clients, another youth center is looking to permanently set up shop in southeast Lakeview, according to a reader. 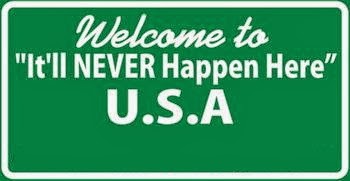 The Broadway Youth Center, which has a reputation for being less-than-stellar neighbors and unhelpful to police, wants to set up shop permanently in a church at 615 W. Wellington.

You may remember the large groups that used to, among other things, loiter outside of the BYC’s front door when they were located above the Chipotle at Broadway and Belmont. Remember when that bus stop outside of the Laugh Factory had a shelter over it–before getting dismantled piece by piece?

The neighbors seem concerned with the BYC’s hours of operation, not wanting their services to extend beyond 8pm. That’s not a bad idea. But the problems we’re facing on our end of the neighborhood aren’t coming up during operating hours. They’re coming up after hours. Long after the social service employees have packed up and gone home for the night, some of their clients linger, looking for things to do.

So, while the police commander has learned first hand some of our problems stem from less-than-savory individuals drawn here for social services, a neighboring area may be flying in the face of the police department’s own best advice.

The Broadway Youth Center’s new location was approved without consulting the neighbors. Guess what’s happening? A woman who lives right there emailed me, signed our petition and left a comment:

“This week the patrons of BYC were lounging on my front stoop (inside a wrought iron gate) and smoking pot – on private property. In a separate incident, a group of young men tried to climb into a bedroom window on the raised first floor in the middle of the night. My son scared them away with a bat.”

Sound familiar? It sure does to the unlucky neighbors of The Crib.

Monday night the South East Lake View Neighbors will be holding their month meeting and voting on issuing a special use zoning permit for the Broadway Youth Center to operate their facility on a residential block. Progress was finally made with the problems stemming from The Crib (after a number of useless meetings with the police, the alderman, the Night Minstry and the Crib) when residents from the area packed the last meeting and spoke with one voice.

A representative of the BYC told the woman who left that comment on the petition that the neighbors aren’t showing enough respect to the BYC’s patrons. Residents of this community need to go to the SELVN meeting Monday night and let it be heard loud and clear that enough is enough.

It seems there’s a huge place called “Center on Halsted” that offers all sorts of services just a few blocks away. Does the neighborhood really need another service center?  The answer will probably be “yes” if you ask one of the persons whose for-profit salaries depend on it.

UPDATE: The CWB reader who posted the above comment adds:

There is some confusion as to whether or not SELVN approved the zoning issue at their September meeting. Apparently, the Alderman’s office is under the impression that SELVN approved BYC request although it appears no formal vote was taken. […]

I attended an LVCC board meeting (SELVN is a member group) last Spring with some of my co-op building neighbors. The issue of crime was only briefly mentioned, and when we questioned the operation of so many of these social service organizations in the area, several board members said that “this is the area these kids need to be.” For far too long decisions have been made without the input or knowledge of the larger community. That’s partly all of our faults for not getting involved. It’s time to get involved.