A series of calls from citizens about large groups of men fighting, congregating, and harassing passers-by in Boystown culminated in a beating and robbery outside of D.S. Tequila Company Wednesday morning.

At 12:06AM, a resident reported several men fighting and chasing each other in the alley behind the 3300 block of North Halsted. Officers arrived quickly and found that the men were “not fighting, but there’s a bunch of them” at Halsted and Aldine. The crowd was dispersed.

About 20 minutes later, someone called from the Starbucks at Clark and Belmont to report that two men were slamming each others’ heads into a wall and the plate glass windows of an H&R Block store.

At 1:40AM, a caller reported a group of teens harassing passers-by at Halsted and Aldine. Officers reported that the situation was resolved.

Then, at 2:20AM, several callers reported an estimated 30 people fighting in the street and sidewalk at Roscoe and Halsted. One person was knocked unconscious and was laying on the sidewalk outside of D.S. Tequila Company. 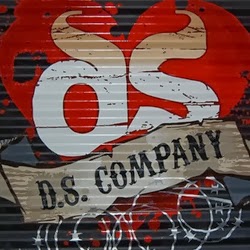 The incident was later reported to be a beating and robbery.

A CWB editor saw the tail end of this incident and saw the unconscious person surrounded by a crowd of onlookers. The victim was black, but the editor could not determine if they were male or female.

Police accompanied an ambulance that took the victim to Illinois Masonic Medical Center.

Witnesses later called 911 to report that four to five black male offenders and  two black females “who look like males” were hiding out near the Belmont Red Line station after participating in the attack. One of the “females” was reported to have long dreadlocks and the other “female” had a blonde streak in her hair.

Officers conducted several street stops in the area of Belmont and Sheffield. It is not clear if any offenders were taken into custody.

The beating outside of D.S. Tequila is classified as an aggravated battery. Chicago Police Department case #HW485561.

Image: GoPride.com
About CWBChicago 4360 Articles
CWBChicago was created in 2013 by five residents of Wrigleyville and Boystown who had grown disheartened with inaccurate information that was being provided at local Community Policing (CAPS) meetings. Our coverage area has expanded since then to cover Lincoln Park, River North, The Loop, Uptown, and other North Side Areas. But our mission remains unchanged: To provide original public safety reporting with better context and greater detail than mainstream media outlets.
Website Facebook Twitter YouTube