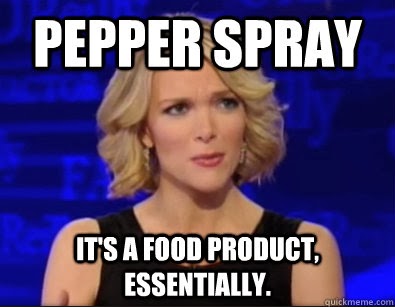 Well, they didn’t get away this time.

Sunday afternoon, a woman who was reportedly threatening people with pepper spray outside of the Center on Halsted left the area before police responded to a 911 call, which sat undispatched for nearly an hour.

This afternoon, an offender displaying similar conduct wasn’t so lucky.

A citizen reported a man threatening to “spray people with Mace” as they left the Center On Halsted at 3:15 this afternoon.

Police responded within 7 minutes and took an offender into custody.

The 911 caller reported that the person making threats was male, black, wearing a black leather jacket, and a green necklace. The arresting officer, however, said the person being taken into custody was a female.

Also at The Center Tonight
A 5:56PM this evening, an officer who was flagged down at the Center on Halsted called for assistance with an offender.

The officer was able to wrestle the individual into handcuffs before back-up arrived at Waveland and Fremont.

The exact nature of the incident is not known at this time, but it may be related to the earlier incident. An officer has returned to the Center to collect more information about the second incident and the offender is in police custody.