A group of offenders was seen breaking into the American Apparel store, 929 W. Belmont, at 2:50 this morning. A witness described seeing up to seven black male teens and one white female near the store’s entrance. Officers arrived to find the front door open and they could hear the burglars still inside the store. 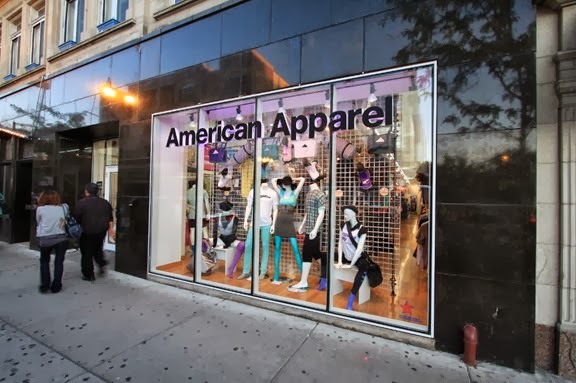 The thieves apparently slipped out the back door with a selection of merchandise.

In a rookie move, four of the individuals walked around the block and stood in front of the Belmont Red Line station where they were quickly identified by a witness and officers who had reviewed the store’s surveillance video.

Four offenders were taken into custody.

Officers toured the area and recovered at least some of the stolen merchandise.

The burglars entered through the store’s front door. It is not clear if they managed to obtain a key or if the door was left unlocked by employees.

Image: Yelp!
About CWBChicago 4360 Articles
CWBChicago was created in 2013 by five residents of Wrigleyville and Boystown who had grown disheartened with inaccurate information that was being provided at local Community Policing (CAPS) meetings. Our coverage area has expanded since then to cover Lincoln Park, River North, The Loop, Uptown, and other North Side Areas. But our mission remains unchanged: To provide original public safety reporting with better context and greater detail than mainstream media outlets.
Website Facebook Twitter YouTube