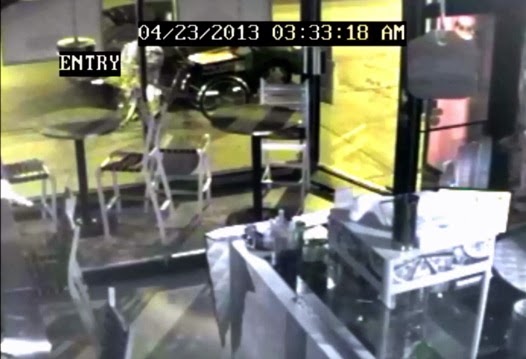 It’s not nearly as ridiculous as Saturday morning’s Looney Tunes-inspired break-in, but Pie Hole Pizza Joint has now posted video of their delivery bike being stolen in April of this year.

The really interesting part comes around 3-1/2 minutes into the video.  It appears that this guy drives around with a torch in his back seat, just looking for opportunities to present themselves.