The most frequent observation? There was no representative from Alderman Tom Tunney’s office there. 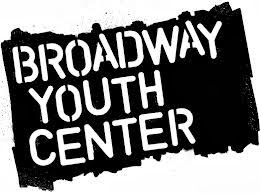 The SELVN’s monthly meeting minutes archive shows that someone from the alderman’s office is almost always there. Perhaps they were booked. Or, perhaps they would like to have the ability to say that they didn’t hear about the neighbor’s thoughts.

Just to cover your bases, perhaps you’d like to piece together a few thoughts in an email to ward44@cityofchicago.org

Here’s a recap of last night’s BYC discussion from readers’ comments and emails:

Never underestimate the power of the humble flyer…over 100 people showed up, most of them quite angry.

I also find it interesting hoe a vote is to take place December 9 and they ALREADY are on the docket for city approval. Makes u wonder if the vote on Dec 9 is symbolic. What if the neighbors vote no??

It was painfully obvious that they hoped this meeting was going to go under the radar and their usual 10-15 people would show up. It’s also obvious by their answers they (a) have no real plan after the doors close – so its a CRIB all over again and (b) could care less about the community with the answers they gave.

Ans speaking of answers — the BYC could not answer ONE straight question about working with police…and when they did they danced around the topic, never really saying they would help police if one of their clients is in the hood causing trouble.

Shame on the BYC for not cooperating with police when the manager of Chipotle was assaulted by one of their clients.  Imagine if a LGBT client had been assaulted by anybody else, the BYC and the entire GLBT community would be enraged, demanding justice for the victim

The entire population is required to identify ourselves every day, many times per day in order to get health services or any other kind of services.   Allowing the clientsof BYC to be anonymous is enabling criminals/gangbangers to hang out there and make it their headquarters.  The BYC is not doing their clients any favors by doing this.
Registration, presenting I.D. should be REQUIRED.

Furthermore, clients should be presented a contract to sign which says they understand they are expected to behave in a lawful manner when they are coming/going from BYC.  That they will be banned from the BYC if they get in trouble in the neighborhood. Furthermore this contract should state that the BYC is cooperating with the Chicago Police dept.

Also must be nice to be providing illegal healthcare due to not having the proper permit….but hey…what Tunney wants…Tunney gets.

* * *
Over 100 people attended. The BYC segment was the lengthiest part, needless to say. Most of the people hammered away on what plans the BYC had to control the people they are bringing into the neighborhood for their programs.

At first they simply refused to answer, then they pretty much said it’s really not their responsibility. A retired cop recounted a recent robbery incident involving a silver colored gun, and that a gun matching that description was found in the alley in the vicinity of BYC.

The representatives told us they service patrons from 12 to 24 years old, but with their no ID required, no background check policy I must say that their operating procedure is reckless to say the least. Mixing children as young as 12 in with adults (and troubled adults at that) is beyond irresponsible.

People questioned the procedure that allowed them to move into the Wellington location with no advanced notice to the neighborhood and no permit to operate. BYC claimed they and the alderman were unaware that a zoning permit was required.
Yes, you may have to read that twice to make sure you read correctly, but that’s what they said. They discounted one resident’s comments about the beating of the Chipotle manage by BYC patrons when they were located at Belmont and Broadway as ‘second hand information.” they also refused to comment on BYC refusal to cooperate with the police in that matter.

Most damning was a comment that came near the end when a resident pointed out that no zoning permit for that location would allow for some of the programs they are running (most notably any medical type program). The CAPS officer present applauded that comment.

Of course there were a few supporters who trotted out the usual slogans about the residents hateful intolerance and closed-mindedness.

To be frank, the alderman has some explaining to do, especially if he votes to approve this location before it goes off to the zoning board.

We need people to sign up as members of selvn so they can vote against byc. Can you help? Thanks

Yes we can. $10 per calendar year to join. You are entitled to vote after being a member in good standing for two weeks.

…And, as one emailer suggested, we read BYC’s Yelp! reviews. There are five of them, but only one from 2013:

First, I support any place that contributes to free STD testing. However this place suffers from a grave lack of organization and common sense management.

The nurse is never there first of all, so the idea of syphillis testing is basically false advertising

The clinic which is apparently walk in only, “fills up” 2 to 3 hours before closing time and when you come in they say “WOOPS here go to this other clinic but they’ll charge you 90 dollars”

All of this will happen that is IF you can get there during their obscure hours. Hey BYC normal people work from 9-5 on weekdays.

Lastly, you will wait in the waiting room and deal with people singing, running around, causing chaos for an hour AT LEAST. Like this is the testing part of the clinic, why is there so much going on? And waiting for that long greatly discourages people from coming in general.