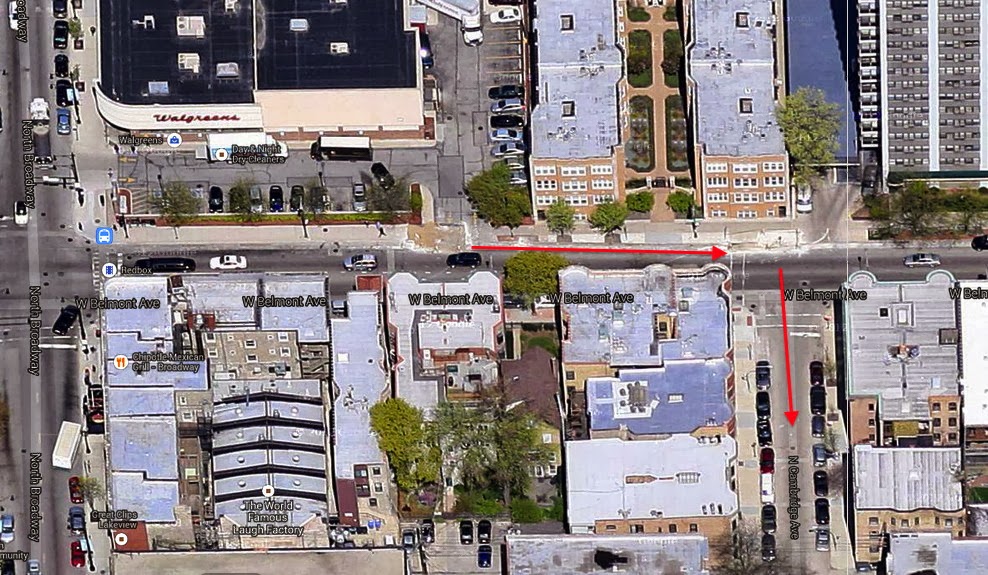 An off-duty Cook County State’s Attorney investigator was the victim of an attempted armed robbery with a handgun at the bustling intersection of Belmont and Broadway at 1:55 this afternoon.

Witnesses say the offender confronted the victim and produced a handgun in the Walgreens parking lot, but he did not get any proceeds.

The victim lost the offender in a pursuit that went east on Belmont and then south on a side street.

The gunman is described as male, black, in his 40’s, heavy-set, with some facial hair growth. He wore a ball cap, dark pants, and both a brown corduroy coat and a yellow hoodie. He was last seen running southbound on Cambridge Avenue.

Image: Google
About CWBChicago 4360 Articles
CWBChicago was created in 2013 by five residents of Wrigleyville and Boystown who had grown disheartened with inaccurate information that was being provided at local Community Policing (CAPS) meetings. Our coverage area has expanded since then to cover Lincoln Park, River North, The Loop, Uptown, and other North Side Areas. But our mission remains unchanged: To provide original public safety reporting with better context and greater detail than mainstream media outlets.
Website Facebook Twitter YouTube