We are encouraged to see that our aldermen are being more upfront about the violent crime issues our neighborhood is facing.

Another positive development came last week when the 19th district’s police commander seemed to inject the true spirit of CAPS into a beat meeting. 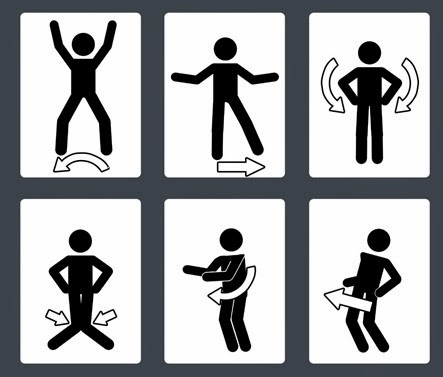 Some readers think that we ought to just lay off now that the people in charge of such things have begun taking baby steps toward solutions.

One of the most important entries we’ve posted was August’s Time Warp column. It documents the annual cycle that we’ve endured as crime continued to grow. It’s worth a read.

From our comments section:

Be careful what you wish for. The more Tunney talks about crime, the harder it will be to attract businesses. Also, be very clear about what you’re asking from Tunney: he has no authority over the police. Demanding that he stop the robberies is like demanding that he initiates world peace. You have to be very specific about what you want and what you want needs to be within his control.

We’ve already been down the road of having the alderman pretend there was no problem. It went on for years. The result?  More and more innocent people being victimized because they were mislead by elected officials about a public safety problem. The increase looks like this: 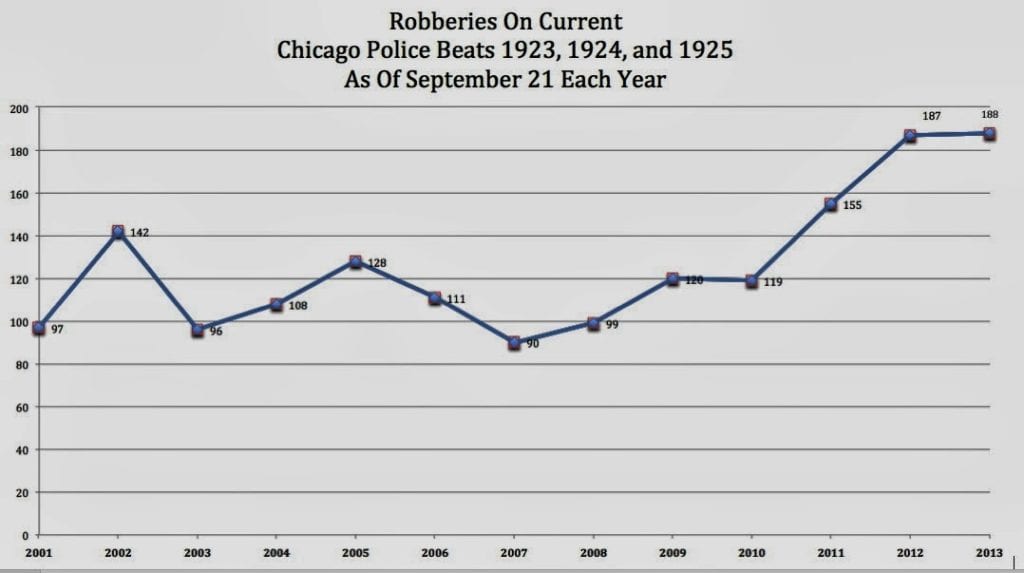 We want businesses to come here, but not at the expense of private citizens being beaten and robbed in silence.

It is incorrect to believe that because someone is “just an alderman” that they have no influence over police matters. They have quite a bit of influence. It’s known as a vote.

In Mr. Tunney’s case, he has voted for city budgets that cut police spending and reduced the police department’s headcount by thousands. He has stood by and watched as our district lost scores of police officers over the past year without replacements being sent in. He still hasn’t taken a public stand against this screwing of the neighborhood.

A leader should have the ability to form an anti-crime coalition within the City Council to ensure that the police department’s woes are corrected.

I don’t know why everyone is looking for crime solution from the alderman. That is the police dept’s job. The only thing I want on the alderman’s tweets or facebook page is that he will be lobbying for more police in the next budget, especially to the north side districts where there is crime also.

We’d be okay with that. It’s notable that there has been no such pledge from the alderman. And the city’s 2014 budget will be out in a couple of weeks.

Anyone who has been in business knows the old mantra, if you don’t spend your budgeted money this year, they won’t give it to you next year.

And will our aldermen (plural) vote for such a budget or take a stand against it?