Police were called to the Jewel-Osco on Broadway near Addison at 8:30 Tuesday night after witnesses reported that “a bunch of gangbangers” battered a man and chased him into the store. The “gangbangers” were said to be waiting outside for their victim to come back out. 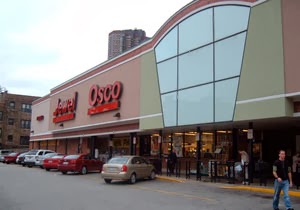 When police arrived, the offenders were gone, but the victim was still on-hand. He toured the area with an officer, concentrating on the area near the Night Ministry’s outreach service site at Belmont and Halsted.

The offenders were described as:

One offender was located and positively identified outside of the condominium complex at 3232 N. Halsted around 9pm.

He has been taken into custody for battery as recorded in CPD case #HW512499.

IMAGE: Groceteria.com
About CWBChicago 4363 Articles
CWBChicago was created in 2013 by five residents of Wrigleyville and Boystown who had grown disheartened with inaccurate information that was being provided at local Community Policing (CAPS) meetings. Our coverage area has expanded since then to cover Lincoln Park, River North, The Loop, Uptown, and other North Side Areas. But our mission remains unchanged: To provide original public safety reporting with better context and greater detail than mainstream media outlets.
Website Facebook Twitter YouTube