A CTA employee was injured in an attack on a bus outside of the Belmont Red Line Station at 11:45 Friday night. The 19th district police commander happened to cross paths with the incident before the 911 calls could be dispatched. With most of his district’s manpower tied up at the Clark Street fire and an Uptown shooting incident, Commander Elias Voulgaris handled the  call personally. 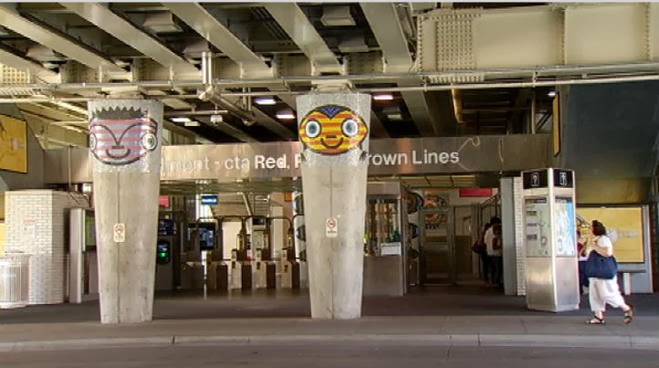 The offender became highly combative with the commander and back-up officers were called in to help make the arrest.

An aggravated battery report has been filed under CPD case HW507566. Additional reports are likely to be generated.

Also Overnight…
2:17AM: A customer reportedly punches out a security guard at the McDonald’s across from Wrigley Field.

2:19AM: Battery in progress at Belmont and Sheffield.

2:32AM: Six or seven people are reportedly fighting in the alley behind the 3400 block of N. Sheffield.

2:42AM: A customer claims that he was “just having a conversation” with a Wrigleyville bar bouncer when the doorman suddenly punched him in the face and threw him to the ground.

Image: NBCChicago
About CWBChicago 4360 Articles
CWBChicago was created in 2013 by five residents of Wrigleyville and Boystown who had grown disheartened with inaccurate information that was being provided at local Community Policing (CAPS) meetings. Our coverage area has expanded since then to cover Lincoln Park, River North, The Loop, Uptown, and other North Side Areas. But our mission remains unchanged: To provide original public safety reporting with better context and greater detail than mainstream media outlets.
Website Facebook Twitter YouTube