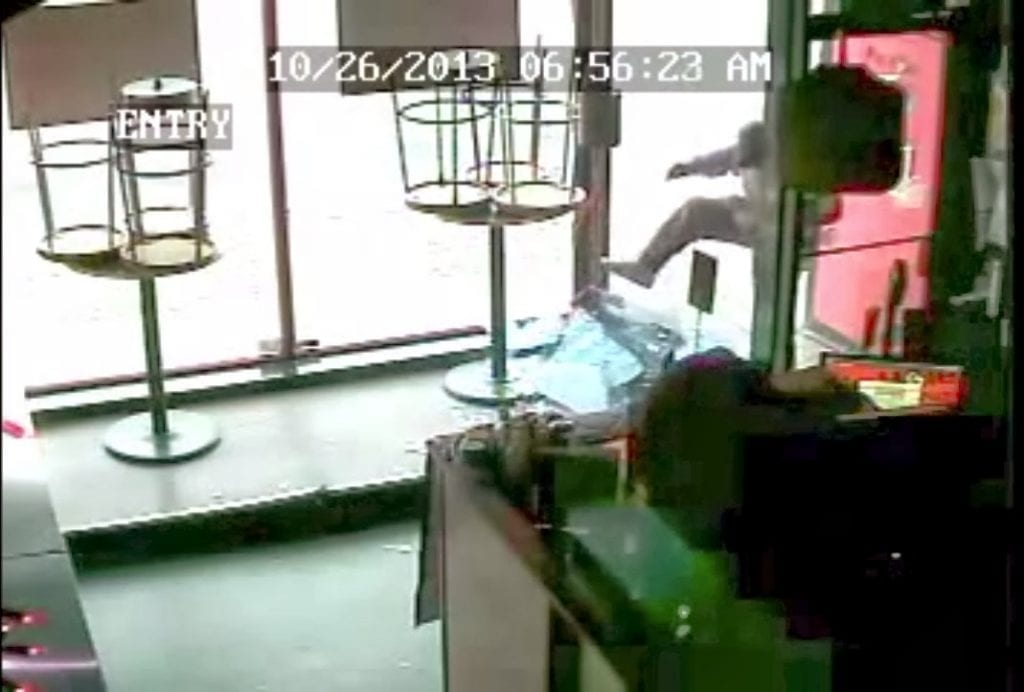 The crew over at Pie Hole Pizza Joint, 3744 N. Broadway, has uploaded a YouTube video of Saturday morning’s break-in.

See if you recognize these Einsteins.

Editors’ note: Some observant readers have noted that the time stamp on this video indicates that the break-in took place at 6:56AM, much earlier than the time indicated in CWB’s report yesterday.  As is often the case with surveillance videos, the Pie Hole timer is incorrect.