It was hard to miss yesterday’s flood of media reporting on the break-in at Boystown’s Pie Hole Pizza Joint on Saturday morning. (Hey, didn’t some blog have that story two days earlier?) 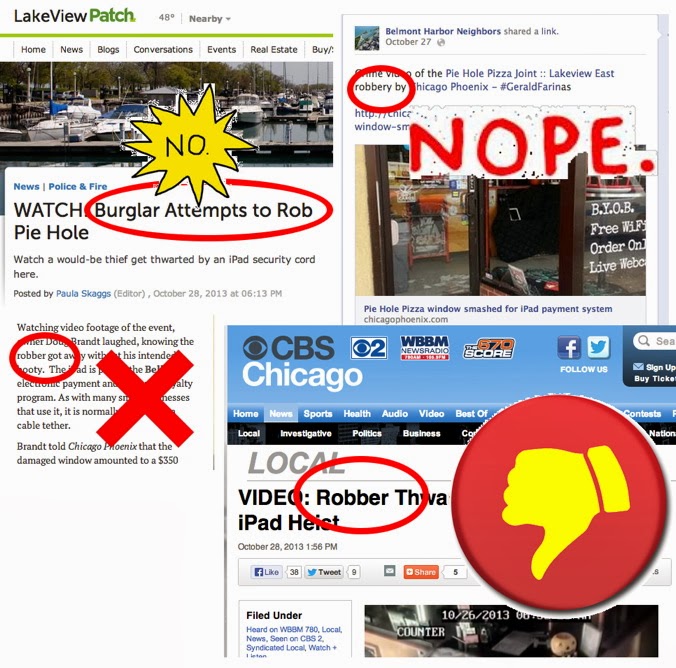 One thing we heard and read in many of the reports is like fingernails on a blackboard to us.

Several news outlets referred to the break-in as a “robbery.”

It was not a robbery. It was a burglary. More precisely, it was an attempted burglary because the perpetrator failed to take anything.

There’s a big difference between burglary and robbery and it’s important to understand that difference. We pound the table about our neighborhood’s record-setting robbery rate. Once in a while a comment will pop up here or elsewhere that these are “just” robberies.

Clearly, those are people who don’t understand what robbery is.

Breaking into or entering an area without authorization in order to steal something is burglary.

Taking something without using force or burglarizing is theft.

Stealing a bike off of the street is theft.

Breaking into someone’s garage and stealing their bike is burglary.

Pulling out a knife and taking a guy’s bike away from him is robbery.