Well, he hasn’t hit 50 arrests yet, but he’s certainly on his way.

Ryan L. Brandis, 26, has found himself behind bars far more often than most people his age. Perhaps there were just a bunch of misunderstandings and paperwork snafus. 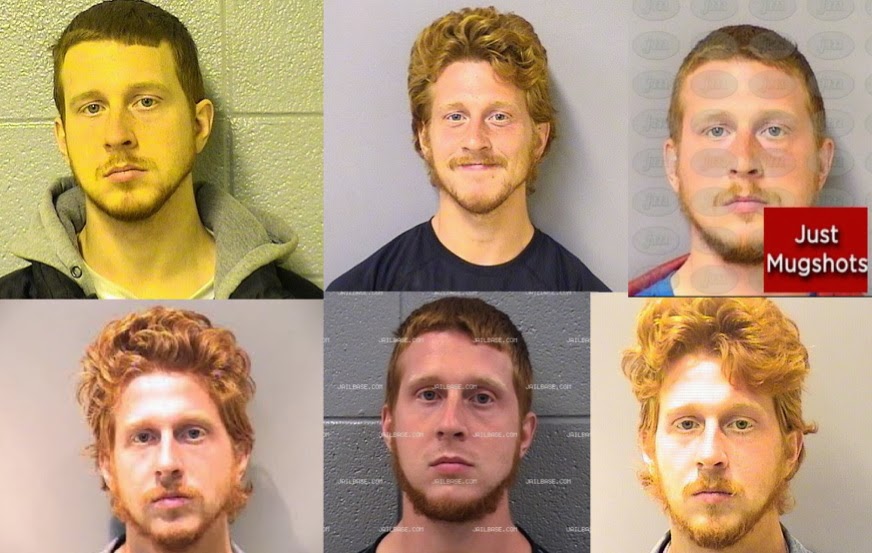 He grew up in downstate Streator, Illinois, and then managed to drift his way to our neighborhood, where he established an address of record at 3179 N. Broadway. At the time, that was the site of the Broadway Youth Center.

Maybe he came to our neighborhood because he had worn out his welcome back home:

None of that means that he was guilty of anything, of course.

Once Brandis planted his feet at the BYC, he got familiarized with the Town Hall police station from the inside out. Again, just because he was arrested all of these times does not mean that he was guilty:

And he’s still in the neighborhood.

The 19th district CAPS office has a Court Advocacy program that works to send messages to defendants and to judges by focusing on cases that are of particular interest to the community. We have a nominee.

Images (clockwise from top left): Siterunning.info; Siterunning.info;
JustMugshots.com; Siterunning.info; JailBase.com; Siterunning.info.
About CWBChicago 4360 Articles
CWBChicago was created in 2013 by five residents of Wrigleyville and Boystown who had grown disheartened with inaccurate information that was being provided at local Community Policing (CAPS) meetings. Our coverage area has expanded since then to cover Lincoln Park, River North, The Loop, Uptown, and other North Side Areas. But our mission remains unchanged: To provide original public safety reporting with better context and greater detail than mainstream media outlets.
Website Facebook Twitter YouTube