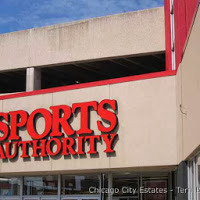 Eight offenders stormed out of the Sports Authority store at Clark and Barry with 50 athletic jackets worth an estimated $2,000 at 3:15 Saturday afternoon.

The thieves, described only as male and black, escaped southbound in an older white or gray Pontiac van.