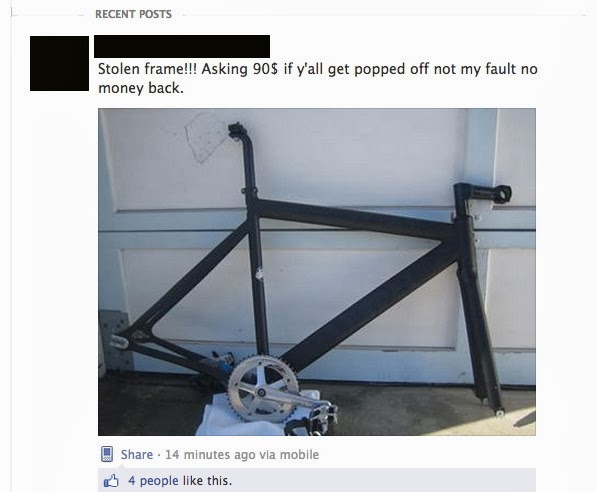 Chicago Bike Sellers is a Facebook group that appears to be a clearinghouse for bicycle parts and bikes.

Lots and lots and lots of bicycle parts and bikes. There are some cell phones, cameras, and even a pair of expensive shoes thrown in for good measure.

We count 57 bikes and pieces of bikes being put on the market in the past hour.

We thought you may want to check it out while you can.

A sampling of the page’s recent merchandise is below.