Mark Thomas, a local businessman who has announced plans to run for alderman in the 44th ward, has started an online petition at MoveOn.org 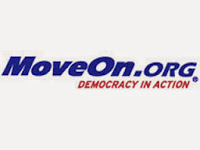 Thomas’ petition very specifically seeks replacement of the large number of police officers who have left the 19th district in the past year without being replaced.

While the 19th district police commander says that 69 officers have left in the past 18 months by his calculations, we are confident that the real number is closer to that cited in Mark Thomas’ petition.

Have a second? Put your name on it.

And we expect a slew of comments from the usual crowd that will take this post to be anti-Tunney and pro-Thomas. Nope. We’re pro-bring-back-the-police-we’ve-lost. Alderman Tunney has had months and months of opportunities to take a stand, but he hasn’t. When (if) the alderman ever takes a stand on this issue, we will be happy to report it.