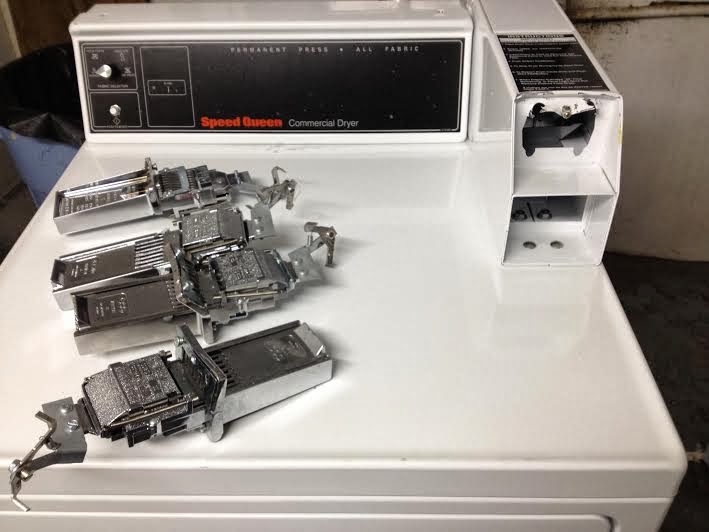 Wondering what a laundry room break-in looks like? Here you go.

We received this pic and info from D.O. today:

Another laundry room break-in last night on the 900 block of Waveland. Two washers and two dryers had their coin mechanisms pried out to get to the coins inside. I’ve attached a photo.