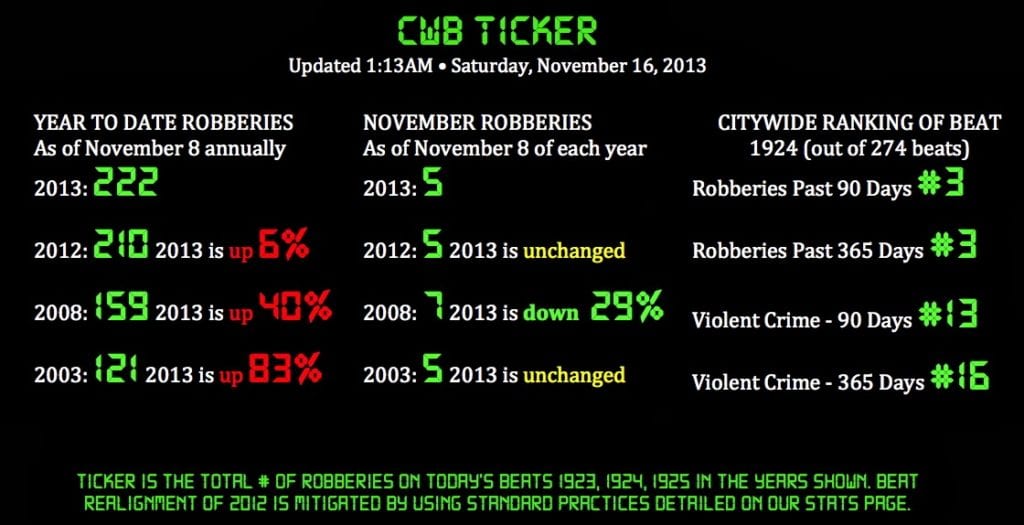 The city has released the following information regarding robberies in our neighborhood since the last CWB Ticker update. CWB’s original reports of incidents are linked via the case numbers, when available.