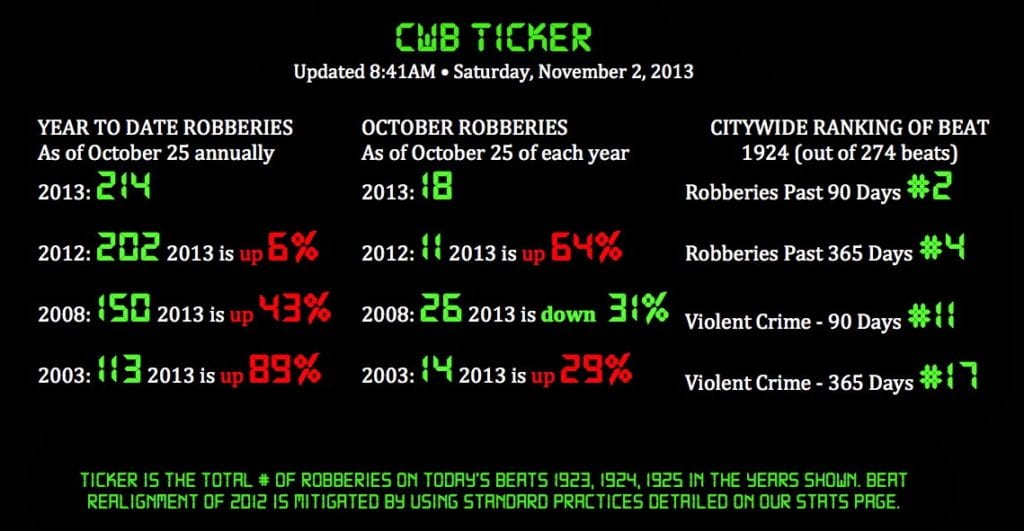 The city has released the following neighborhood robbery information since our last Ticker update. CWB’s original stories are linked via the Case Numbers, when available.

Also
CWB audited our robbery database for this update.

In the audit, we found one robbery from June that the city has classified as an aggravated battery online. Two individuals have been charged with robbery, aggravated battery, and mob action in the case. We have added that incident to the robbery count.

On the morning of June 23, 2013, two young men were stabbed with glass bottles near the Belmont Red Line station as they waited for police to assist with two phone thieves that they were detaining. The district was in Radio Assignment Pending status at the time and no officers were ever in route to assist. During the wait, a crowd gathered and attacked the men.