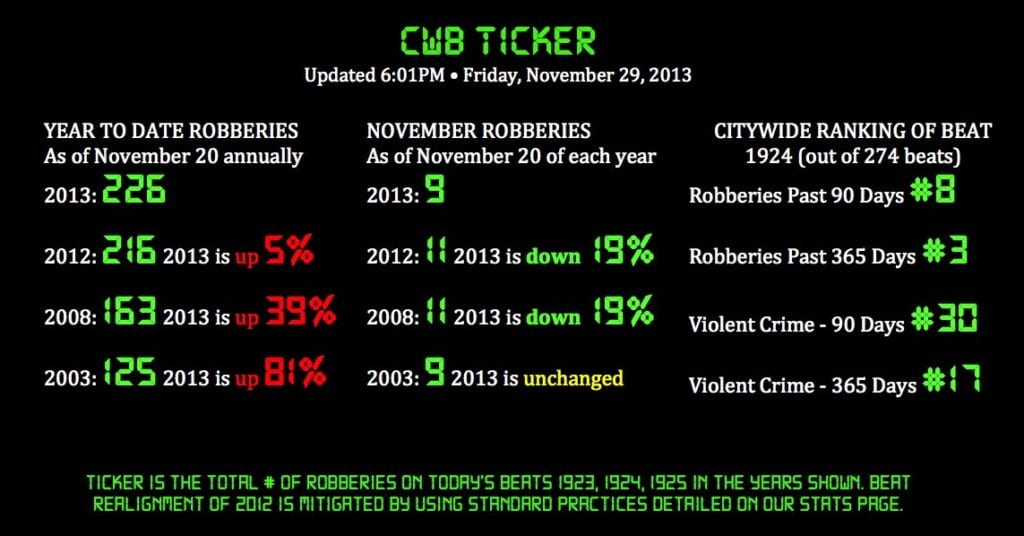 This month’s to-date robberies are below 2012 and 2008 numbers as of November 20th according to city records.

Two alleged robberies with handguns in Wrigleyville this month have gone unrecorded on “official records.” (See HERE and HERE).

The city has released the following information regarding robberies in our neighborhood since the last CWB Ticker update. Our original reports of incidents are linked via the case numbers, when available.