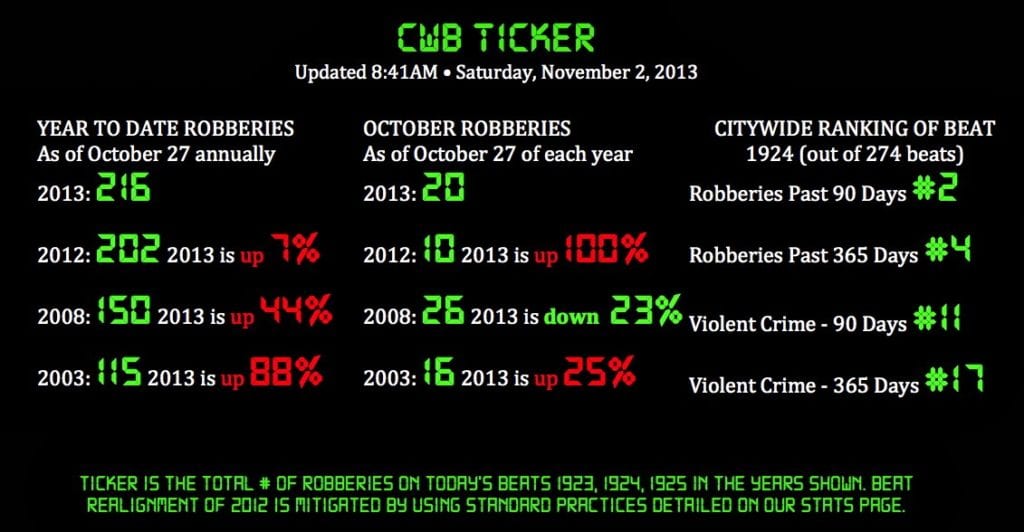 Here, again, is the reason that the 19th district police commander wants to measure his success via “feedback” rather than something measurable. Such as, say, robbery statistics.

And remember, the increases comes in a month and year when robberies were the #1 focus of the police department and top public safety concern of the alderman. It makes us wonder how bad things would be if they weren’t trying…or, perhaps, if they really are trying at all.

The city has released the following neighborhood robbery information since our last Ticker update. CWB’s original stories are linked via the Case Numbers, when available.