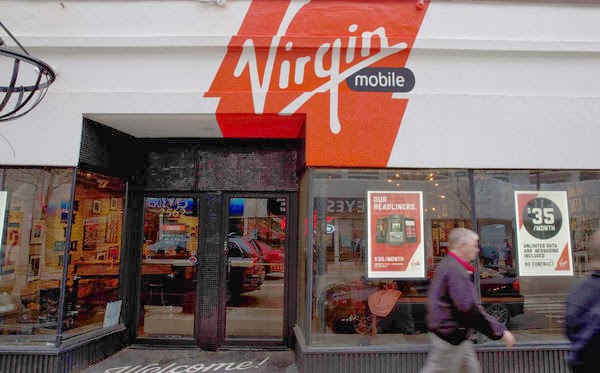 Four burglars slipped in the back door of the Virgin Mobile store, 2562 N. Clark, overnight and fled with its prized booty.

An alarm company and nearby witnesses called authorities at 3AM, but the crew had already made their escape by the time police arrived.

Officers say the four offenders appear to be male, black, some with facial hair. All of them wore hooded sweatshirts, one of which was red, and one wore a puffy vest or sweatshirt. They fled southbound through the alley in a dark-colored minivan.

The forcible entry burglary is recorded in CPD case #HW544807.

This wasn’t the first time for Virgin. The same store was targeted in a similar manner on March 11, according to the Chicago Tribune. Between $10,000 and $30,000 worth of goods was taken that time.

Image: Chicago Tribune
About CWBChicago 4360 Articles
CWBChicago was created in 2013 by five residents of Wrigleyville and Boystown who had grown disheartened with inaccurate information that was being provided at local Community Policing (CAPS) meetings. Our coverage area has expanded since then to cover Lincoln Park, River North, The Loop, Uptown, and other North Side Areas. But our mission remains unchanged: To provide original public safety reporting with better context and greater detail than mainstream media outlets.
Website Facebook Twitter YouTube