Some people just don’t get it.

For the second time this week, Chicago police have made an arrest after someone busted a window on Halsted Street. 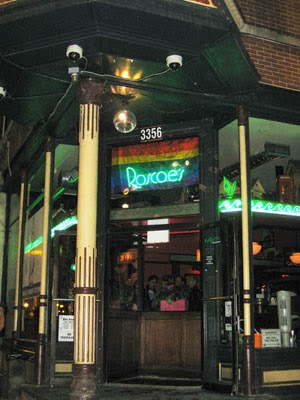 Police were called to Roscoe’s Tavern, 3356 N. Halsted, after a grown man kicked and shattered their front door in anger after closing time. The idiot, described as male, white, bald, and wearing a pink shirt, was taken into custody.

Moments after the man was driven away, his friends began pounding violently on Roscoe’s windows and police were called again. The friends were a little bit smarter than their cohort. They decided to leave before police arrived.

In an unrelated incident on Wednesday night, a man walked up to Spin nightclub, 3206 N. Halsted, broke a window, and then sauntered into another nearby bar. He, too, was arrested.

Beer-Battered
There are no robberies to report from overnight. Other occurrences on the streets:

12:14AM: A group of men are heard fighting in the alley behind the 900 block of Waveland. They are gone when police arrive.

1:23AM: An off-duty police officer is struggling with a female at Halsted and Roscoe. No arrest is made.

3:49AM: An officer asks for help with a “big crowd” that has gathered across from Circuit Nightclub on Halsted Street. An ambulance is then summoned for a woman who’s been struck with broken glass.

4:04AM: A man is reportedly beaten by two offenders near Broadway and Waveland. The assailants, described as male, black, and one having dreadlocks, are last seen running eastbound on Waveland. No report filed.

Image: Chicago Bar Project
About CWBChicago 4360 Articles
CWBChicago was created in 2013 by five residents of Wrigleyville and Boystown who had grown disheartened with inaccurate information that was being provided at local Community Policing (CAPS) meetings. Our coverage area has expanded since then to cover Lincoln Park, River North, The Loop, Uptown, and other North Side Areas. But our mission remains unchanged: To provide original public safety reporting with better context and greater detail than mainstream media outlets.
Website Facebook Twitter YouTube