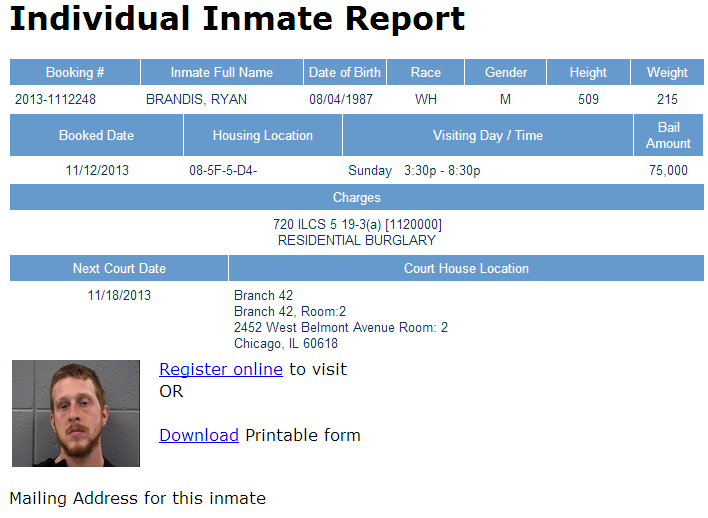 Ryan Brandis, a 26-year-old man who has racked up a lengthy arrest record for activities in Wrigleyville and Boystown, returned to Cook County Jail this week.

CWB reported on Brandis’ frequent brushes with the law on November 5.

Brandis was booked on Tuesday for residential burglary, according to the Cook County Sheriff’s website,

Brandis is believed to have been arrested in the 3500-3600 block of Halsted Street in Boystown by officers on patrol. The officers stopped him on the suspicion that he was involved in two area thefts on Saturday, November 9.  CWB’s report on those incidents is online HERE.

CWB has not yet confirmed that the burglary charge is connected with those incidents.