11:20PM Thursday: A CTA bus driver is punched in the face by a passenger at Belmont and Broadway. Witnesses say the offender, described as male, white, with short black hair, escaped in a passing taxi cab. Recorded as a battery to a protected employee in CPD case HW515648.

12:06AM Friday: Battery at Merkle’s Bar & Grill, 3516 N. Clark, in Wrigleyville. An officer calls for an ambulance to treat a victim who’s been “beat up pretty bad.” One arrest for battery

12:44AM Friday: Circuit nightclub, 3641 N. Halsted, calls for police and an ambulance after a man is beaten up inside the bar. The victim is transported to Illinois Masonic. Police record the incident as simple battery in case #HW515761.

1:28AM Friday: Someone stole a bible from behind the bar at John Barleycorn, 3524 N. Clark. The offender, described as male, white, and 5’8″ tall, slips away. 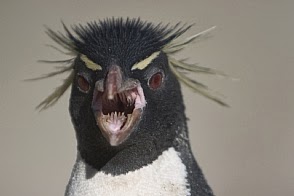 
1:43AM Friday: A 911 caller at Belmont and Sheffield says he’s been beaten up by a guy wearing a penguin suit.

2:25AM Friday: Multiple calls of four people fighting in the street and, later, in the Dunkin’ Donuts parking lot at Clark and Belmont.

3:49AM Friday: Several people are shoplifting from the 7-Eleven store at Sheffield and Addison.

4:33AM Friday: A Boystown resident and his friends report being battered by three black “women,” one of whom is bald, at Halsted and Belmont. Officers cannot find the alleged offenders during a search of the area. They give the victims a ride home.

5:06AM Friday: A man reportedly enters the Subway restaurant, 901 W. Belmont, and strikes an employee.